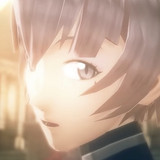 The first entry in the .hack series launched on PlayStation 2 on June 20, 2002, so today is officially the day to celebrate its 20th anniversary if you fancy yourself a fan. Bandai Namco is marking the occasion in its own way throughout the rest of the year with a few campaigns, starting with a trailer looking back at the history of the series and its various incarnations over the past two decades.

Some of the fun fans can look forward to includes a 20th anniversary book on July 19, an exhibit in Tokyo this August, and a commemorative art book and three-volume Best CD this December. Check out the anniversary trailer below.