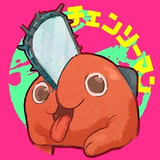 Great news for fans of Chainsaw Man, the anarchic action / horror / comedy manga by Tatsuki Fujimoto about a derelict young man who bonds with a chainsaw demon and fights monsters for the sake of “public safety”: the much anticipated second part of the series’ serialization will begin running in Shueisha’s Jump+ digital manga magazine starting in July.

RELATED: These Chainsaw Man Sweets and Drinks Will Get You Mixed in With Makima

According to an announcement on the official Chainsaw Man Twitter feed (above), the new serialization begins on Wednesday, July 13, 2022. An English language version of Chainsaw Man is available from Viz Media, who describe the story of the series as follows:

Denji’s a poor young man who’ll do anything for money, even hunting down devils with his pet devil Pochita. He’s a simple man with simple dreams, drowning under a mountain of debt. But his sad life gets turned upside down one day when he’s betrayed by someone he trusts. Now with the power of a devil inside him, Denji’s become a whole new man—Chainsaw Man!

Chainsaw Man is also being adapted into a TV anime with direction by Ryu Nakayama and Makoto Nakazono and animation production by MAPPA. The Chainsaw Man TV anime will broadcast in Japan and stream on Crunchyroll in 2022.