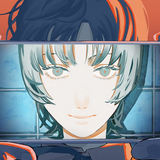 In April of this year, Chainsaw Man creator Tatsuki Fujimoto brought us Goodbye, Eri: a 200-page one-shot web manga released on Shonen Jump+. The manga will be receiving a print run next month — and today on the Chainsaw Man Twitter account, we got our first look at its cover.

Goodbye, Eri tells the story of Yuta Ito, a middle-school boy who chronicles the life of his terminally-ill mother and eventually cuts it into a 20-minute film. His fellow students react poorly except for Eri, who invites him to watch movies with her and eventually make a new, more informed film. Fact and fiction collide as Yuta turns their relationship into his next movie, simultaneously revealing secrets about both Eri and his mother initially left on the cutting room floor.

Check out the cover for the upcoming print edition, featuring Eri as seen through Yuta’s camera:

Goodbye, Eri comes out in print in Japan on July 4. The manga is licensed in English by Viz, and is available to read on their website for Shonen Jump subscribers.

On the same day, we’ll be getting another one-shot from Fujimoto — this one a collaboration with To Strip the Flesh creator Oto Toda. Titled FUTSUU ni Kiitekure, all we know for now is that it will also be delivered via Jump+.