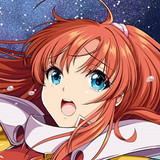 Advanced Busterhawk Gleylancer (also known simply as Gleylancer), a shoot `em up game with anime-style cut scenes that was originally released by Masaya Games in 1992 for the Sega Mega Drive, is getting a limited edition physical cartridge release in Japan in September of 2022 in order to celebrate the game’s 30th anniversary.

The 30th anniversary edition of Gleylancer will be published by Columbus Circle based on a license from extreme Co., Ltd. It retails for 7840 yen (about $59.10 US) and it is designed to be playable on home consoles that are compatible with the Sega Mega Drive*. The story of the game follows a young woman who hijacks an experimental fighter craft in order to search for her missing father.