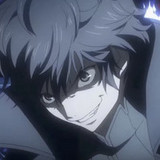 After our lives were changed the other day with the news that Persona 5 Royal, Persona 4 Golden and Persona 3 Portable were headed to Xbox and Windows, Atlus confirmed today that they aren’t the only platforms getting the games. All three games will also be heading to modern PlayStation platforms as well as Steam.

Persona 5 Royal will be getting a PlayStation 5 upgrade, while both Persona 4 Golden and Persona 3 Portable will be compatible with both the PlayStation 4 and PlayStation 5, making all these games available on both systems for the first time together. Persona 5 Royal and Persona 3 Portable will also be headed to Steam alongside the Microsoft store at the same time, which will likely make them compatible with Valve’s Steam Deck. Persona 4 Golden will also be getting a Microsoft store release after debuting on Steam on June 13, 2020.

The first game on the block will be Persona 5 Royal on October 21 on PlayStation 5, Xbox, Windows and Steam, with the rest of the games to follow at a later stage. A new Persona game has been teased for the franchise’s 25th anniversary.