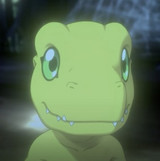 Bandai Namco recently locked in a final release date for Digimon Survive, the upcoming hybrid visual novel and tactical RPG that’s been hit with delays in the past. If you fancy yourself one of the proud and determined DigiDestined, you can look forward to playing this one when it hits PlayStation 4, Xbox One, Nintendo Switch and PC on July 29, and a new trailer is here to preview more of the fun to come next month.

Check out the new trailer highlighting the story and setting below.

DIGIMON SURVIVE sends players to a mysterious world filled with dangerous monsters and deadly battles that will test their ability to survive. Stepping into the shoes of protagonist Takuma Momozuka, players will have the ability to directly impact the outcome of their adventure via a variety of potentially grim choices, including how their Digimon evolve, the way they bond with NPCs, and more.