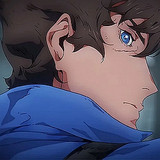 In the run up to the end of Netflix‘s Geeked Week special event, the platform has announced the next entry in its animated Castlevania saga in Castlevania: Nocturne, in a nod to the games Symphony of the Night/Nocturne in the Moonlight and Dracula X: Rondo of Blood The new series is detailed by Netflix below, with the announcement trailer following.

Castlevania: Nocturne, a new Netflix animated series, is officially in production. The series is led by showrunner Kevin Kolde and Creator/Writer Clive Bradley and produced by Project 51 Productions with production services provided by Powerhouse Animation. Castlevania: Nocturne follows Richter, a descendant of the Belmont family, popularized in the iconic Symphony of Night and Blood of Rondo Castlevania games.

The latest entry in the newly christened Castlevania Universe was first announced last June after the premiere of the fourth and final season of the first series.