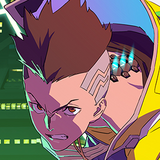 Day 3 of Netflix’s Geeked Week 2022 event was all about the wonderful world of animation, and it certainly brought the goods for anime fans with the reveal of fresh details about previously announced projects and even some exciting new ones.

First up is a visual and trailer for the highly-anticipated Cyberpunk: Edgerunners series, which closed out the event by revealing a September 2022 release window.

Remember how Maelstrom gang was the only gang in Night City with an extreme threat level in Cyberpunk 2077?

Based on the video game by CD Projekt Red and TTRPG by Mike Pondsmith, Cyberpunk: Edgerunners is being directed by Hiroyuki Imaishi (Promare, Kill la Kill) at studio TRIGGER for a 10-episode series, alongside these main staff members:

If horror is more your speed, another piece of major news was the announcement of a Junji Ito anime project for 2023 titled Junji Ito Maniac: Japanese Tales of the Macabre, detailed by the man himself.

Ito states that he’s selected 20 stories to be adapted into anime for the first time, highlighting and showing off designs for Tomie, Souichi and The Hanging Balloons. The main staff who’ll be bringing the series to life are currently unknown.

here’s your first look at EXCEPTION, a new sci-fi anime following a team of survivors tasked with exploring the galaxy to terraform a new home planet and save humanity from the brink of extinction #GeekedWeek pic.twitter.com/44Z62Mlonw

Additional details about the anime, such as release date and cast, are yet to be revealed.

Or if you’re more into the sci-fi aspect, a new anime from WIT Studio titled Moonrise, penned by Tow Ubukata (PSYCHO-PASS season 3) and directed by Masashi Koizuka (Attack on Titan season 3), is officially on the way, with a stunning poster to keep us intrigued until we can learn more.

from the visionary Wit Studio (BUBBLE, ATTACK ON TITAN), get ready for MOONRISE, an exciting and visually breathtaking anime that explores the vast hardships of exploring outer space #GeekedWeek pic.twitter.com/XZbJMBhZWi

There’s also character art for the first part of The Seven Deadly Sins: The Grudge of Edinburgh‘s two-part spin-off film that’s coming to Netflix this December.

And finally, Netflix announced that they would be streaming Atelier Pontdarc’s anime adaptation of Shindeiru Hotondo’s Uncle from Another World manga, which is due to begin airing this July in Japan.

You can watch the full Netflix Geeked livestream event, which revealed other animation-related news, right here: