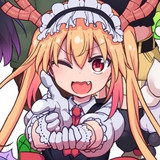 Those who pick up a first-run physical copy of the shoot ’em up will get an exclusive card from the Miss Kobayashi’s Dragon Maid trading card game from Weiss Schwartz. 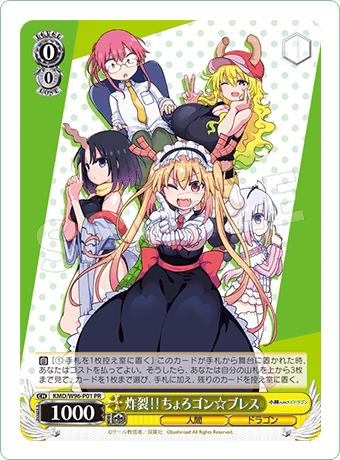 Miss Kobayashi’s Dragon Maid: Burst Forth!! Choro-gon☆ Breath features a fully-voiced original story, the ability to collect over 30 mini-dramas illustrated by creator Coolkyousinnjya and other popular illustrators, and more. Five endings are also waiting to be unlocked depending on how high your final score is.

Here’s how Aksys describes it:

In this lighthearted shoot-em-up, the dragons and Miss Kobayashi must combine their powers to escape after they are abducted by a cursed PC.

After receiving a cryptic email, Miss Kobayashi and her maids go to Takiya’s house to investigate. There they are mysteriously (and overdramatically, let’s face it) sucked into the PC. Help them clear stages by banding together and using their wits to defeat the computer. Using the 3-fold attack system of Long Range, Melee and the unique and deadly Choro-gon Breath (they’re dragons, get it?), you’ll obliterate the enemy! Combine the power of three with the Tag System by using Tohru, Kanna, and Elma to tackle each stage with Kobayashi’s support. There’s no enemy they can’t defeat! In certain conditions, activate the dragons’ Raging Spark to deal even deadlier damage! As you progress, collect 30 unique Memorial Pieces of the friends’ precious daily life in beautiful illustrations created especially for the game!

While we wait for more details on the English release, you can catch up with the Miss Kobayashi’s Dragon Maid anime on Crunchyroll, which describes the series like so:

Miss Kobayashi is your average office worker who lives a boring life, alone in her small apartment–until she saves the life of a female dragon in distress. The dragon, named Tohru, has the ability to magically transform into an adorable human girl (albeit with horns and a long tail!), who will do anything to pay off her debt of gratitude, whether Miss Kobayashi likes it or not. With a very persistent and amorous dragon as a roommate, nothing comes easy, and Miss Kobayashi’s normal life is about to go off the deep end!