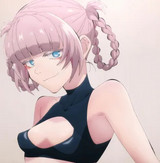 The official site for the Call of the Night TV anime adaptation has been updated with a new trailer that confirms the series will premiere on July 7th in Japan on Fuji TV’s late night noitamina block. Alongside the premiere confirmation, the trailer also previews the opening and ending themes by CreepyNuts “Fallen Angel” and “Call of the Night”, respectively. Finally, new cast members have also been confirmed, with Kensho Ono in the role of Mahiru Seki, Hiroyuki Yoshino in the role of Akihito Akiyama, and Yoko Hikasa in the role of Kiyosumi Shirakawa. The trailer is embedded below:

Sentai Filmworks recently announced the exclusive license to the series and describe it:

Wracked by insomnia and wanderlust, Ko Yamori is driven onto the moonlit streets every night in an aimless search for something he can’t seem to name. His nightly ritual is marked by purposeless introspection — until he meets Nazuna, who might just be a vampire! Ko’s new companion could offer him dark gifts and a vampire’s immortality. But there are conditions that must be met before Ko can sink his teeth into vampirism, and he’ll have to discover just how far he’s willing to go to satisfy his desires before he can heed the Call of the Night!

Call of the Night is directed by Tetsuya Miyanishi and Tomoyuki Itamura and features animation production by Liden Films.