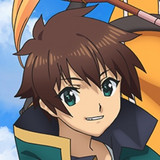 In March, Entergram announced a followup to 2019’s KONOSUBA dungeon-crawler, and a release was initially set for July 28. Now those plans have changed and the game has been hit with a delay, so fans in Japan will have to wait until September 29 to dig into the PlayStation 4 and Nintendo Switch RPG sequel.

In a notice posted to the official website, Entergram attributed the delay to circumstances surrounding the production.

The new game, KONOSUBA: God’s Blessing on this Wonderful World! Cursed Relic and the Perplexed Adventurers, finds Kazuma being charged with the crime of subversion of the state. If that’s not bad enough, a dungeon trap sends him back to level 1, and now he and his party have to complete a noble’s request to avoid a death sentence. That request will involve plenty of dungeon-crawling as they attempt to help repair an ancient relic.

Beyond the game, there’s also more KONOSUBA anime on the way, both in the form of a third season and an anime adaptation of the Megumin spinoff, so it’s a great time for fans!