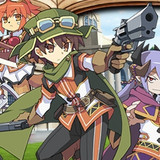 Acquire revealed some new games in its showcase, including a Class of Heroes 2 remaster coming to PlayStation 4 and Nintendo Switch. The original game was released in 2009 in Japan and 2013 in the west for the PlayStation Portable. That was followed by an enhanced 2G version for PlayStation 3 in Japan in 2013 and the west in 2015.

This remaster will be a digital-only release, and so far it is unknown whether it’ll release outside of Japan. No date has been announced, but you can check out the full showcase below.

A strategy-RPG called Academia: The Fractured Continent is coming to PC, PS4, and Nintendo Switch. This game is set in the same world as Class of Heroes, and is seemingly getting an English localization on PC, but it’s unknown whether it’ll also be for PS4 and Switch as well.

Acquire is also publishing Labyrinth of Zangetsu, a 3D dungeon RPG for PC, PlayStation 4, and Nintendo Switch. It’s releasing in Japan on September 29, with first-print copies containing a mini-soundtrack. However, a localization for the game wasn’t announced.

Kamiwaza: Way of the Thief is coming to PC, PS4, and Nintendo Switch on October 13 in Japan. NIS America already announced that it will be localizing the game, but has not revealed the release date, so it’s unclear whether the game will release in the west on the same date as Japan.

Lastly, Acquire announced that it is working on DLC for Akiba’s Trip: Undead & Undressed, focusing on a new route for the character Kati Raikkonen. The game first released for PC, PS3, PS4 and PS Vita in 2014 in Japan and the US, followed by Europe in 2015. XSEED and NISA published the game in the US and Europe, respectively.

Acquire also revealed that the game has sold over 600,000 copies globally, and a Nintendo Switch port is apparently being planned.