Niigata-born Konomi Inagaki to Voice The Lead in Original TV Anime Do It Yourself!! 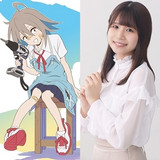 The official website for the forthcoming original TV anime Do It Yourself!! has confirmed that its protagonist character Self Yua will be voiced by rookie voice actress Konomi Inagaki. She was born in Niigata Prefecture and the anime’s story is also set in Sanjo City in the prefecture.

Inagaki studied voice acting at the Japan Narration Acting Institute and is currently a member of IM Enterprises. She made her professional debut in 2019 and has played nameless minor roles mainly, such as a village girl in Re:ZERO -Starting Life in Another World- (2020) and one of the classmates in A Couple of Cuckoos (2022). Self Yua is her first leading role in her career. She is also cast as Ange, one of the heroines in the forthcoming TV anime Black Summoner to premiere in Japan this summer.

The site introduces the character Self Yua as: “She is a laid-back high school freshman who grew up in a relaxed family. She has a delusional habit, easily absentminded, and is always getting fresh bruises from bumping into walls or falling down the street. She often makes people around her fret because she doesn’t care if her shirt is sticking out or if she has messy bed head, saying, ‘Who cares!’ She enjoys drawing graffiti.”

The TV anime Do It Yourself!! follows the everyday adventures of Self Yua, a cheerful but clumsy girl who often gets wrapped up in her own imagination. Together with her friends, Self takes on projects crafting furniture with the “Do It Yourself” Club at school, and learns about life and friendship despite many false starts, setbacks, and failures as she practices the art of handicrafts.

The Kazuhiro Yoneda (Hozuki’s Coolheadedness)-directed series is set to premiere in Japan in 2022. 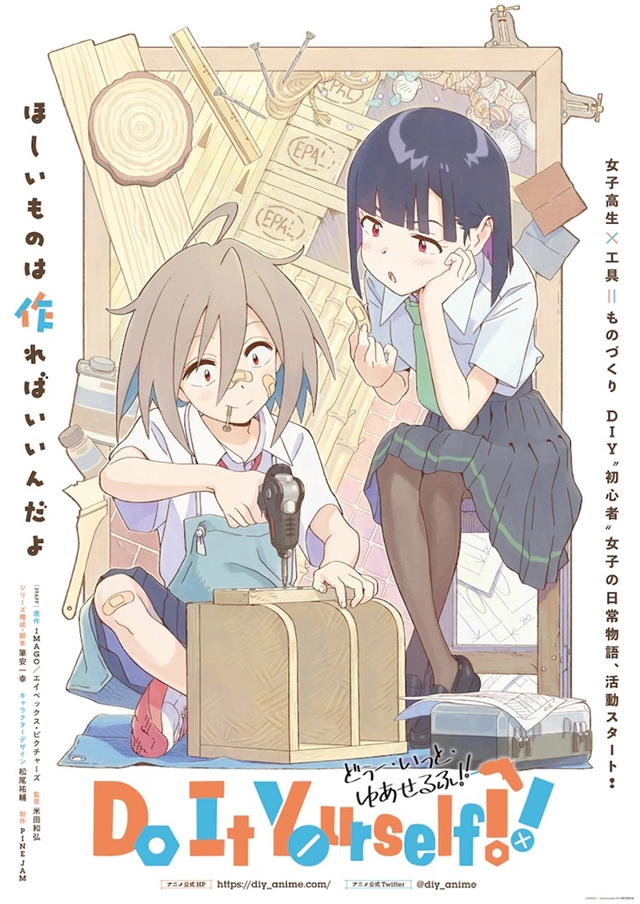 RELATED: Girls Get Hands-On in Do It Yourself!! TV Anime Trailer

Niigata-born Konomi Inagaki to Voice The Lead in Original TV Anime Do It Yourself!!