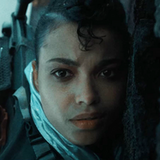 Netflix has started its Geeked Week special event with a bang after its One Piece live-action update, but the streamer isn’t done, as it has also released another new trailer for its live-action Resident Evil adaptation and confirmed that the series will premiere on July 14 with the first 10 episodes. The trailer is embedded below:

the world ended a long time ago

take a look at the all new trailer for RESIDENT EVIL, only on Netflix July 14 #GeekedWeek pic.twitter.com/4PjjjlJxxC