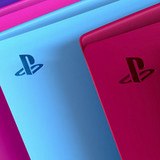 Despite everything from a global chip shortage, a pandemic, and then a second major disruption to the global supply chain (that doesn’t involve ships being stuck in Eqypt), the PlayStation 5 has flourished with Sony confirming to gamesindustry.biz that since the console was released in November 2020, the PS5 has sold 20 million units across the world – though is still selling less than the PlayStation 4 in the same time frame, though not by much.

Speaking to gamesindustry.biz, Head of Global Sales and Business Operations at Sony Interactive Entertainment, Veronica Rogers said to combat the aforementioned issues, Sony “are planning on a significant ramp-up in PS5 production this year and we are working endlessly to make sure that PlayStation 5 is available for everyone who wants one.” This is on top of already moving some chip production to Japan by 2024 where some of the Asian market consoles are manufactured.

Though the PlayStation 5 is trailing behind its younger brother it’s not due to demand, it’s continual supply issues that still see the console fly off selves (or more specifically, online pre-order pages), even though the Xbox is able to keep up some in-store presence – including the Xbox Series S outselling the PS5 in Japan on some weeks while stock is low for the Sony console.

Sony is expecting that as the chip shortage elevates and supply can meet demand, the PlayStation 5 will start outselling the PlayStation 4 by 2024, but until then, gotta press X to wait.