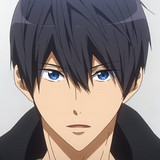 The 2nd part of Free! -the Final Stroke-, the concluding film in the animated chronicles of the Iwatobi Swim Club team, is currently playing in select theaters in Japan, and to celebrate the series coming to a close, a special preview video full of dramatic moments has been published to Youtube on the official Kyoto Animation channel.

Based on the original novel “High Speed!” by Kōji Ōji, Free! -the Final Stroke- is directed by Eisaku Kawanami and features animation production by Kyoto Animation. The first film debutted in Japanese theaters on September 17, 2021, while the second part debutted in Japanese theaters on April 22, 2022. Crunchyroll currently streams the Free! Iwatobi Swim Club TV anime and its sequel series.