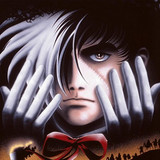 Musical Romance Black Jack – A Dangerous Wager, a musical stage play adaptation with an original story based on the manga by Osamu Tezuka about a brilliant renegade doctor who practices medicine without a license, is returning to the stage in Japan in November of 2022 with new performances by the Moon Troupe of the Takarazuka Revue musical stage company.

Musical Romance Black Jack – A Dangerous Wager is written and directed by Haruhiko Masatsuka. The play was previously performed in Japan in 1994 by the Takarazuka Revue’s Flower Troupe with actor Mira Anju in the leading role. The new version stars actor Kanato Tsukishiro as Black Jack and actor Mitsuki Umino in a currently unnamed role.

Musical Romance Black Jack – A Dangerous Wager will be staged according to the following schedule: