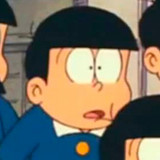 Anime studio Studio Pierrot are diving into their vast back catalog of titles and throwing episodes of their classic anime series’ up onto YouTube. Pierrot has revealed that over the coming weeks, episodes of the 1980s The Wonderful Adventures of Nils, select episodes of the Osomatsu-kun anime, the Japanese version of Ghost Stories, and all the  Creamy Mami OVAs.

The first episode of The Wonderful Adventures of Nils TV anime was uploaded on June 1 alongside a reupload of the 20th-anniversary trailer for Hikaru no Go. More episodes of Nils will be released on YouTube every Monday and Wednesday until all 52 episodes have been shown. The first episode will stay on YouTube while all the other episodes will only be available for two weeks.

Osomatsu-kun will start causing mayhem on June 3, with new episodes –totaling 12 select episodes– uploaded every Friday. Like Nils, the first episode will be uploaded permanently on YouTube with the rest only available for two weeks after release.

Ghost Stories starts on July 1, with two more episodes to be uploaded one by one on July 8 and July 15. All the episodes will only be available for a month after upload. And finally, the four Creamy Mami, the Magic Angel OVA’s will be released on YouTube every Friday in June with each of them available for a week after upload.

The anime uploaded to Studio Pierrot’s channel are only available in Japanese without subtitles (sorry dubbed Ghost Stories fans!). The studio also confirms they’ll be uploading special videos to the channel that “can only be experienced” there.