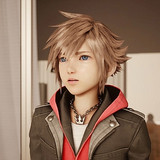 Earlier today, Square-Enix producer and corporate advisor Shinji Hashimoto announced on his personal Twitter account in Japanese that May 31st would mark his final day as a Square-Enix employee and he would retire from the company after 27 years with the company.

Hashimoto was best known for being the brand manager for the Final Fantasy franchise for over a decade, which began with Final Fantasy VII, where he managed the promotional campaign for what ended up being one of the biggest and most prominent RPGs of all time. The game spans its own line of spinoff games and media, of which Hashimoto acted as producer in some capacitiy for each game in the franchise, as well as the four feature film spin-offs of the franchise as a whole, starting with Advent Children and ending with Kingsglaive.

His production credits in Square outside of Final Fantasy include the Front Mission series, racing game Driving Emotion Type S and his crowning achievement as co-creator of the Kingdom Hearts franchise, which stemmed from the happenstance meeting with a Disney executive one day as the former Square and Disney Japan once shared space in an office building in Tokyo.

Prior to managing the Final Fantasy series and working for Square Enix, he was also responsible for producing multiple video games based on Shueisha‘s and Shogakukan‘s franchises at Bandai from 1989 to 1994, such as Dragon Ball and Jojo’s Bizarre Adventure video game adaptations, among a litany of titles in the Super Famicom and early PlayStation era.

He leaves a legacy of great games over multiple generations and both Final Fantasy and Kingdom Hearts fandoms owe him substantial gratitude for shepherding both franchises to their current glory. He has also released a video statement through Square-Enix formally annnouncing his retirement from the company, which can be seen below:

Shinji Hashimoto retires from Square Enix today and we’re very lucky to have received a video message from him.