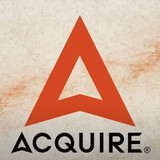 Video game developer and publisher Acquire has been kicking around since the ’90s, and it looks like some fresh announcements may be on the horizon. The company announced plans for an Acquire Game Show broadcast, which will be streamed via YouTube and Twitter on June 5 at 8:00pm Japan Time.

In addition to host Chiaki Matsuzawa, presenters include Haruka Yamazaki (the voice of Kati in Akiba’s Trip) and Acquire president and CEO Takuma Endo, among others. Acquire is currently accepting fan questions via Twitter.

Here’s a teaser promo for the broadcast, which quickly runs through Acquire’s history, from Tenchu to Akiba’s Trip and beyond.