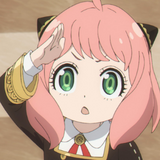 Mirroring the viral success of My Dress-Up Darling earlier this year and others before it, Tatsuya Endo’s already bestselling SPY x FAMILY manga has earned a significant boom in the number of copies out in the world, thanks to its stellar anime adaptation.

The total number of copies in circulation before the anime’s premiere on April 9 was 12.5 million copies, which means that a whopping 8.5 million copies (1.68 times the amount!) have been added in the mere two months since.