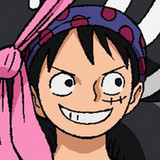 Designs and details about the highly-anticipated ONE PIECE FILM RED have trickled out over the last few months, but we may soon be getting a splash of new info from a YouTube and Twitter livestream that’s been scheduled for June 8 at 7pm JST, two months before the film’s premiere in Japan.

Mayumi Tanaka and Kappei Yamaguchi, who voice Luffy and Usopp, will be making an appearance alongside other guests to announce the latest details about the film. The second half of the event will reportedly feature other One Piece-related info.

Directed by Goro Taniguchi (Code Geass, BACK ARROW) and written by Tsutomu Kuroiwa (ONE PIECE FILM GOLD) at Toei Animation, ONE PIECE FILM RED is currently scheduled to premiere in Japanese theaters on August 6, 2022.

Details about an international release are yet to be announced.