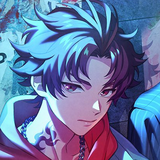 Back in 2019, Avex Pictures (ZOMBIE LAND SAGA, Fruits Basket) and GCREST (100 Sleeping Princes and the Kingdom of Dreams) collaborated to make Paradox Live: a hip-hop-centric media mix project with albums, live shows, and more to come. Part of that “more,” as we’ve just discovered, is an anime adaptation coming next year.

The announcement was made at today’s Paradox Live Dope Show: a live performance simulcast around the world. Avex went on to tweet out the announcement afterward, along with a celebratory illustration:

As announced during the live concert, please stay tuned for more information on the release of the Paradox Live anime. To also stay up-to-date on international release of the anime and more, follow us @AVEXpictures_ pic.twitter.com/HcMzLnJDiZ

Paradox Live follows eight aspiring hip-hop groups as they compete in the Phantom Live: a new event staged by legendary rappers BURAIKAN to find Japan’s next great talent. All participants must possess Phantom Metal: a metallic substance contained in their accessories, which taps into a performer’s emotions and creates vivid stage spectacles.

The project has spent the last few years building its rep by collaborating with restaurants and event spaces. What will the anime adaptation hold? We’ll find out in 2023. In the meantime, Round 1 of the Paradox Live -Road to Legend- tournament is set to drop as two CDs this summer. “FATE” will feature BAE vs. AMPRULE and The Cat’s Whiskers vs. 1Nm8, and “RAGE” will feature cozmez vs. VISTY and Goku Luck vs. Akanyatsura. Each disc will also include four audio drama tracks. This weekend’s concert will receive a Blu-ray and DVD release in the near future.