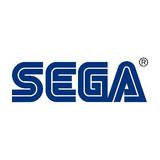 SEGA has something up its sleeves for the start of next month. A SEGA New Project Announcement Livestream is set to premiere on June 3 at 8:00pm Japan Time (4:00am Pacific Time / 7:00am Eastern Time), with Misuzu Araki hosting and Hiroyuki Miyazaki and Yosuke Okunari presenting.

RELATED: Uncle from Another World Gets Sega’s Official Approval in Collaboration Visual with Sonic

Sega teased that viewers “may feel a sense of deja vu with the lineup of presenters,” and fans online were quick to point out that these presenters were also on hand during the September 2019 Genesis Mini stream. M2, which ported the games on the mini-console, retweeted the event, as well, so speculate away!