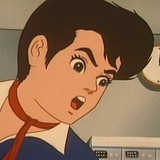 From the Speed Racer anime series

Variety is reporting today that Speed Racer is getting another live-action lap, this time on Apple’s streaming platform. Apple is said to have picked up Speed Racer for a full-episode order of a new live-action series. This series marks the second time Speed Racer, known in Japan by its original manga title Mach GoGoGo from Tatsuo Yoshida, with the first being a live-action film in 2008 by The Wachowskis.

J.J. Abrams is set to be the executive producer on the new live-action Speed Racer project at his production company Bad Robot. Abrams, who directed Star Wars: The Force Awakens, will be joined by Ron Fitzgerald and Hiram Martinez in the staff role and who will also be writing the series and show running. It is set to be produced at Warner Bros. Television with Apple TV+ set to distribute.

The Hollywood Reporter is saying that the rights to a live-action Speed Racer series reverted back to Tatsunoko Production, who animated the original TV anime series, after The Wachowskis’ live-action adaptation failed to make a profit and a string of lawsuits occurred. Tatsunoko Production is also said to have “blessed” this version of Speed Racer, which is claimed to be an “‘exciting take’ on the source material.” Though, the report from THR claims that the production process on the show has been slow.

There’s been no word yet on when the series will be released, nor who will be taking on the role of Speed Racer and his family, nor if it’ll be based on the original manga series, the TV anime series, or the American interpretation of the anime.