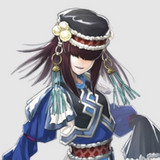 After waiting to see what Nintendo had in store for the future of its console, Rabbit & Bear Studios officially made a decision regarding Eiyuden Chronicle: Hundred Heroes and its Switch plans. The RPG is officially adding a Switch port to the mix along with previously announced plans for release on PlayStation 4, PlayStation 5, Xbox One, Xbox Series X and PC.

Here’s what the devs had to say in the latest Kickstarter update:

That’s right! Given recent speculation over the Nintendo Switch and potential next generation Nintendo iterations, we wanted to play it safe and investigate what options we had before fully committing to a Nintendo Switch version.

But now the wait is over and we’re delighted to confirm that Eiyuden Chronicle: Hundred Heroes will also be landing on Nintendo Switch!

The update also includes a character profile for Yaelu, some nice pixel art like the image at the top of the article and more, so be sure to check it out if you’re interested in following the progress of this one.

In the meantime, prequel game Eiyuden Chronicle: Rising is currently available on consoles and PC.