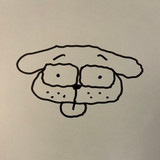 The legendary manga creator of Yu Yu Hakusho and Hunter x Hunter, Yoshihiro Togashi officially joined Twitter on May 25 to share the details of in-progress drafts and news about his work.

Togashi first tweeted yesterday afternoon from a brand new account without any followers. Fans were skeptical about the account until One-Punch Man illustrator Yusuke Murata confirmed it was Togashi later that night. Earlier today, Shueisha spoke to Japanese news outlets Mantan Web and Oricon News and officially confirmed the account was legitimate. In a statement to Oricon News, a representative of Shueisha’s PR department said “We have been informed that [the Twitter account] belongs to [Togashi].”

The first tweet says “for the moment, four more installments” with a picture of manga paper with a “6” on it, and the second Tweet is seemingly a tree he drew.

There’s no word yet on if or when Hunter x Hunter will return to the pages of Weekly Shonen Jump, as the series has been on hiatus since November 2018. In the meantime, catch up on Togashi’s works in the Yu Yu Hakusho and Hunter x Hunter TV anime right here on Crunchyroll!