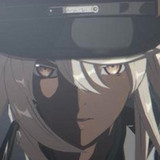 Arc System Works announced that Guilty Gear -Strive- Starter Edition 2022 will release in Japan on August 9 for PlayStation 4 and 5. This version of the game will contain the base game as well as all of the Season Pass 1 content.

Additionally, the game will receive a substantial balance patch update on June 10 that will affect all of the characters, change overall game mechanics, and improve controls. A beta test for cross-platform play between PC, PS4, and PS5 will take place sometime this summer, but a specific date wasn’t revealed yet.

The Guilty Gear -Strive– original soundtrack, “Necessary Discrepancy,” will also be available for purchase on May 27 at various distributors. It is a 2-disc soundtrack with 24 songs, including Season 2’s theme song.