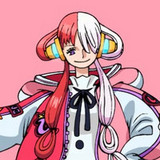 Just like the TV anime, the ONE PIECE FILM RED anime film has a large cast of characters hailing from all the different lines. Today, Toei Animation released another video showcasing the new designs for some familiar government characters that will be seen in the pirate flick when it releases in Japan on August 6.