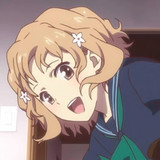 In 2020 and 2021, COVID-19 forced the Yuwaku Bonbori Festival to go on a two-year break, with the onsen town forced into looking at other ways to bring in some money to fill the tourism void left by the disease. While some methods included donations and even an online prayer event, Yuwaku Onsen need not look into these methods anymore as the Bonbori Festival, inspired by the same festival from the Hanasaku Iroha TV anime, will be returning for its 10th year!

The Yuwaku Bonbori Festival came about after the airing of the Hanasaku Iroha TV anime to boost the economy of the local area, due to tourists flocking to the onsen town after it was the inspiration behind the P.A. Works show. This led to an annual tradition where the Bonbori Festival is held in October that mixed the fictional festival seen in the anime with traditional Japanese festivals.

Due to it being the 10th Yuwaku Bonbori Festival held, the town wanted to plan a grand festival encompassing the entire town and tourists, but due to the continual spread of COVID-19, a cap will be placed on how many people can attend in-person. Details on tickets and the festival are set to be announced at a later time.