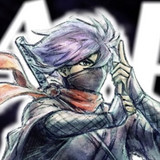 Since its initial announcement back in February, a few short trailers made their way online for the HD-2D remake of Super Famicom RPG LIVE A LIVE. Now, thanks to an official broadcast, a bunch of fresh footage has arrived to show off the game’s various time periods and more.

First up, we have short trailers for The Middle Ages, Twilight of Edo Japan, Wild West and Near Future periods.

Previously unreleased outside of Japan, the RPG game LIVE A LIVE is releasing on the Nintendo Switch system in the HD-2D style! Seven different stories featuring different protagonists, time periods and gameplay styles await. In the Wild West, a wanderer with a bounty on his head fights for his life. In the Twilight of Edo Japan, a shinobi undertakes a secret mission. Experience these tales in any order you choose – the adventure is yours to control. A journey of discovery awaits you when LIVE A LIVE launches for Nintendo Switch on July 22. Pre-orders begin today in Nintendo eShop.

LIVE A LIVE hits Nintendo Switch around the world on July 22.