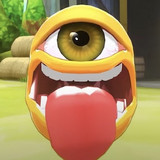 Last month, LINE Corporation revealed plans to team up with Koei Tecmo for a new mobile game based on the Monster Farm / Monster Rancher series. LINE: Monster Farm is due out on iOS and Android devices in Japan this year, and LINE’s latest update includes a peek at the opening movie.

See how the game kicks off:

LINE: Monster Farm will offer up monster breeding and battling gameplay along with new monsters unique to LINE. New features include the option to send your monsters on expeditions and the ability to form teams of monsters to compete in ranked battles.

Stay tuned for more on this one as we approach launch.