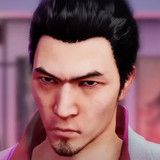 Some Yakuza themed skins are on the way to Rainbow Six Siege, and they’re on display in a new trailer for the cosmetic bonus. The tactical shooter’s Japanese Operators are getting crossover outfits that deck out Hibana as Kaoru Sayama and Echo as Kazuma Kiryu, with both sets due out on May 24. There’s also a new Echo Elite skin on the way as part of the collaboration, and you may just be able to guess who it’s based on…

RELATED: Head Back to Kamurocho in Lost Judgment DLC The Kaito Files

Echo’s Kazuma Kiryu skin includes his suit and shirt combo and a visual update for his MP5SD submachine gun, while Hibana’s Kaoru Sayama skin is themed after her Yakuza 2 appearance along with an update to her Type-89 assault rifle. You can see how the skins look in the bundle trailer below.

Stay tuned for more on when that teased Goro Majima skin lands.