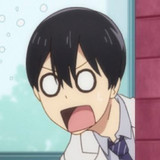 A Couple of Cuckoos TV anime continues week by week, giving us an inside look at the lives of Nagi Umino, Erika Amano and the rest of the cast. That cast grows again today with the announcement of voice actor Yoshitsugu Matsuoka, who is best known as Inosuke Hashibira from Demon Slayer: Kimetsu no Yaiba, joining the series as Shion Asuma, a classmate and friend of Umino.

RELATED: A Couple of Cuckoos Shows Off Moments That Occur Outside the TV Anime in Special Illustrations

The anime adaptation of A Couple of Cuckoos began on April 23 with Hiroaki Akagi (KARAKAI JOZU NO TAKAGI-SAN) as the general director of the series and Yoshiyuki Shirahata (episodes of Great Pretender, Sleepy Princess in the Demon Castle) as the director. Crunchyroll is streaming the series, describing it as such: