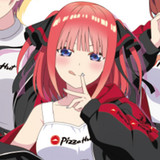 To celebrate the release of The Quintessential Quintuplets Movie last Friday, the Nakano sisters have taken up a new part-time job as models for Pizza Hut boxes in Japan. A visual of the five girls will feature on the “My Box” single meal packs that have a one-person pizza and a few sides, including a spicy version for those that are fans of Nino and Itsuki. 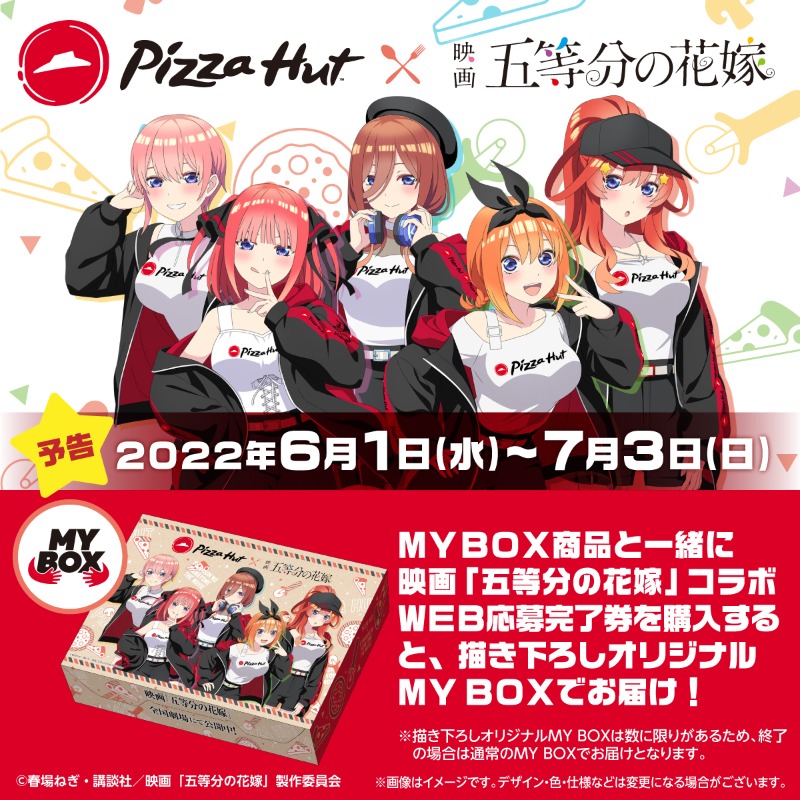 More details on the collaboration will be announced on June 1 when The Quintessential Quintuplets x Pizza Hut promotion begins. The collaboration is set to end a month later on July 3 and will feature some original goods and more.