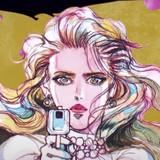 More information on the long-running SaGa series of RPGs is on the way later this month courtesy of Square Enix. The publisher and developer announced plans to host an official broadcast that will stream via YouTube and NicoNico on May 31 at 7:00pm Japan Time.

Viewers who tune in can look forward to all the latest information on the series, which has multiple titles in development. As for what will be featured and who will be making appearances during the broadcast, we’ll have to wait to find out more.

You’ll be able to watch the YouTube stream here: