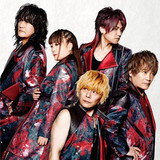 The 15-song album will include:

Also, their yet-titled new mini-album is now in the works as a concept album for a release on September 28, 2022. And a nationwide live tour featuring the album is planned to be held in six locations in Japan from October to November 2022. The fastest entry for the tickets will be available at the newly launched JAM Project fan club “Motto Motto +” (Motto Motto Plus) on June 1.