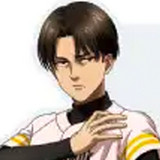 Batter up! The crew from Attack on Titan are teaming up with the Fukuoka Softbank Hawks for a home run of a collaboration. A visual (above) has been specially created for the collaboration with Mikasa, Eren, Levi and Armin donning Hawks’ strapping uniform, along with chibi versions of more characters from the series in adorable baseball getups.

RELATED: Attack on Titan’s Levi Gets in the ZONe in Energy Drink Collaboration

The Fukuoka Softbank Hawk’s has released some goods based on the visual and the chibi character on their online shop and at their homefield, the PayPay Dome. Good include acrylic stands, t-shirts and bags with some iconic Attack on Titan iconology mixed with baseball and of course, clear files. 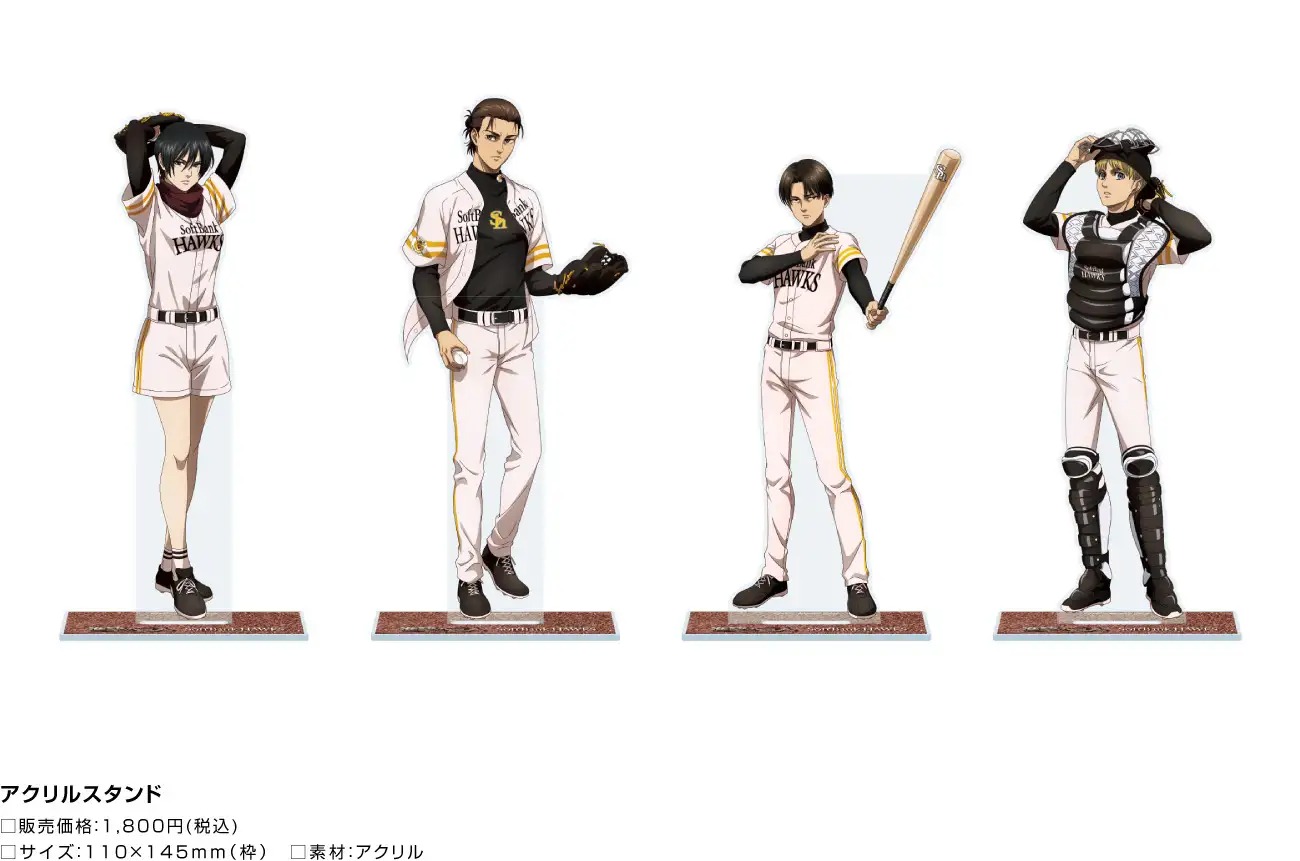 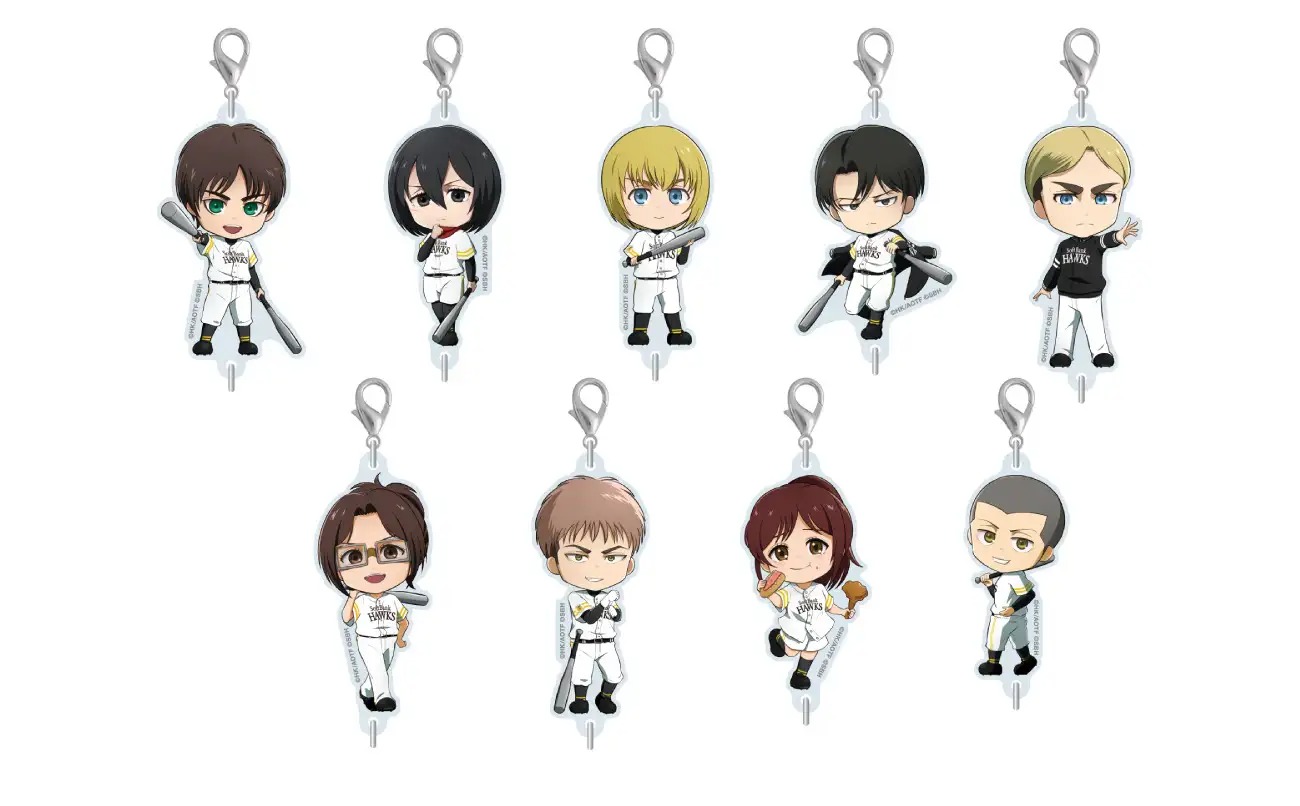 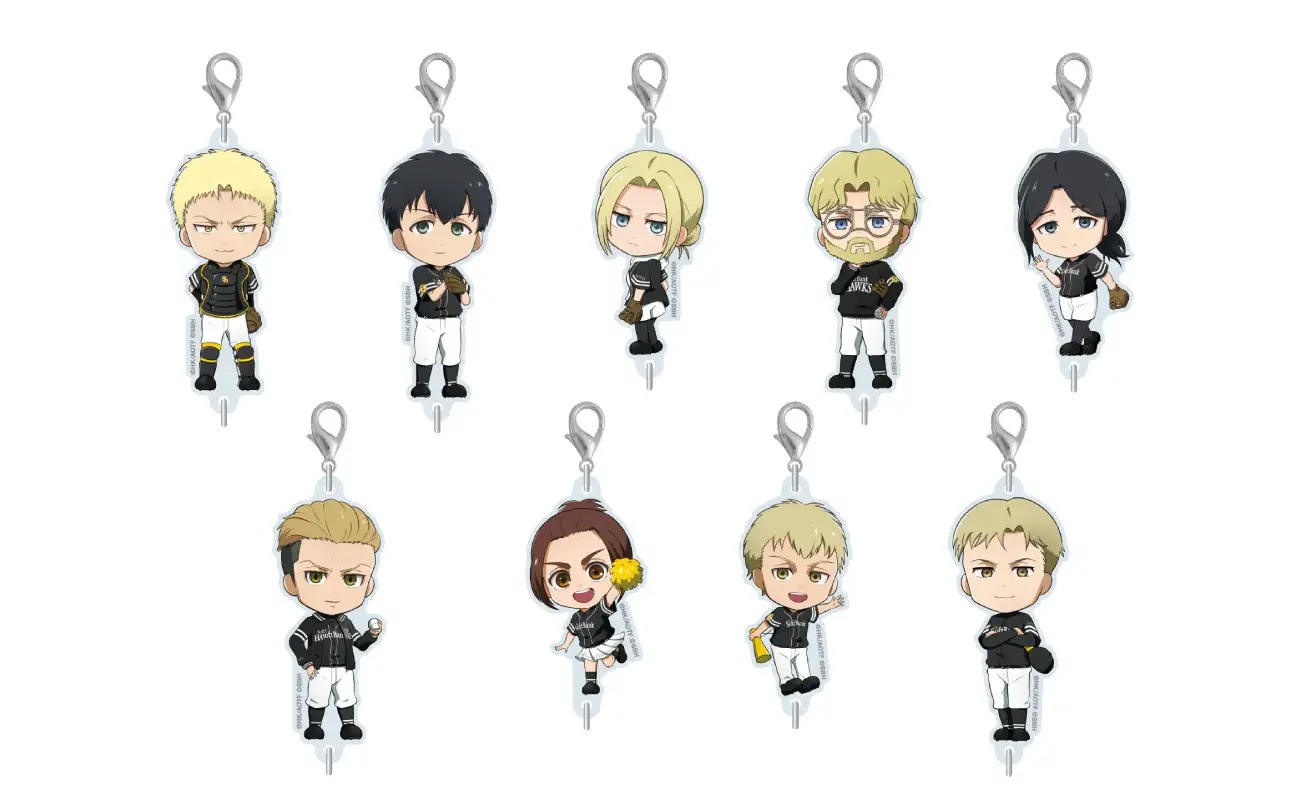 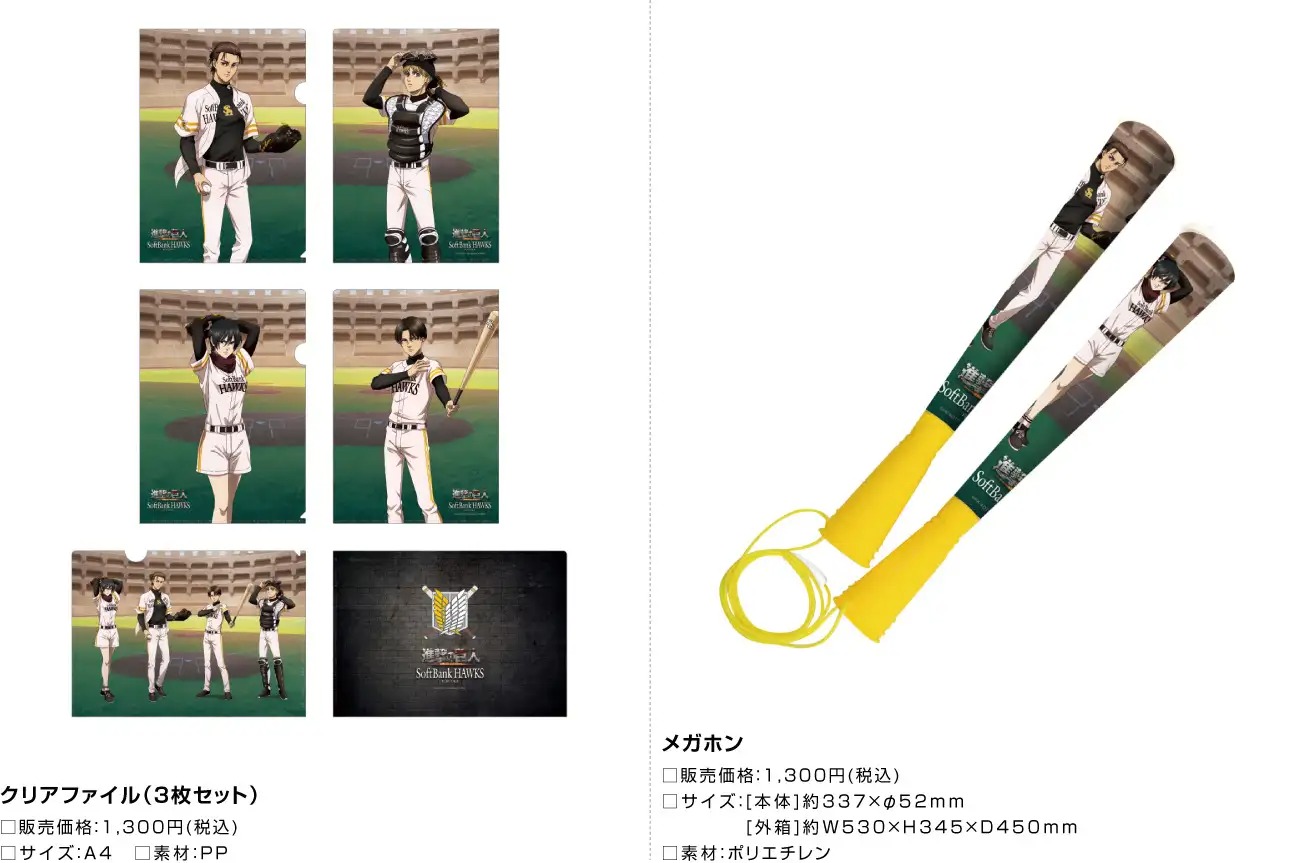 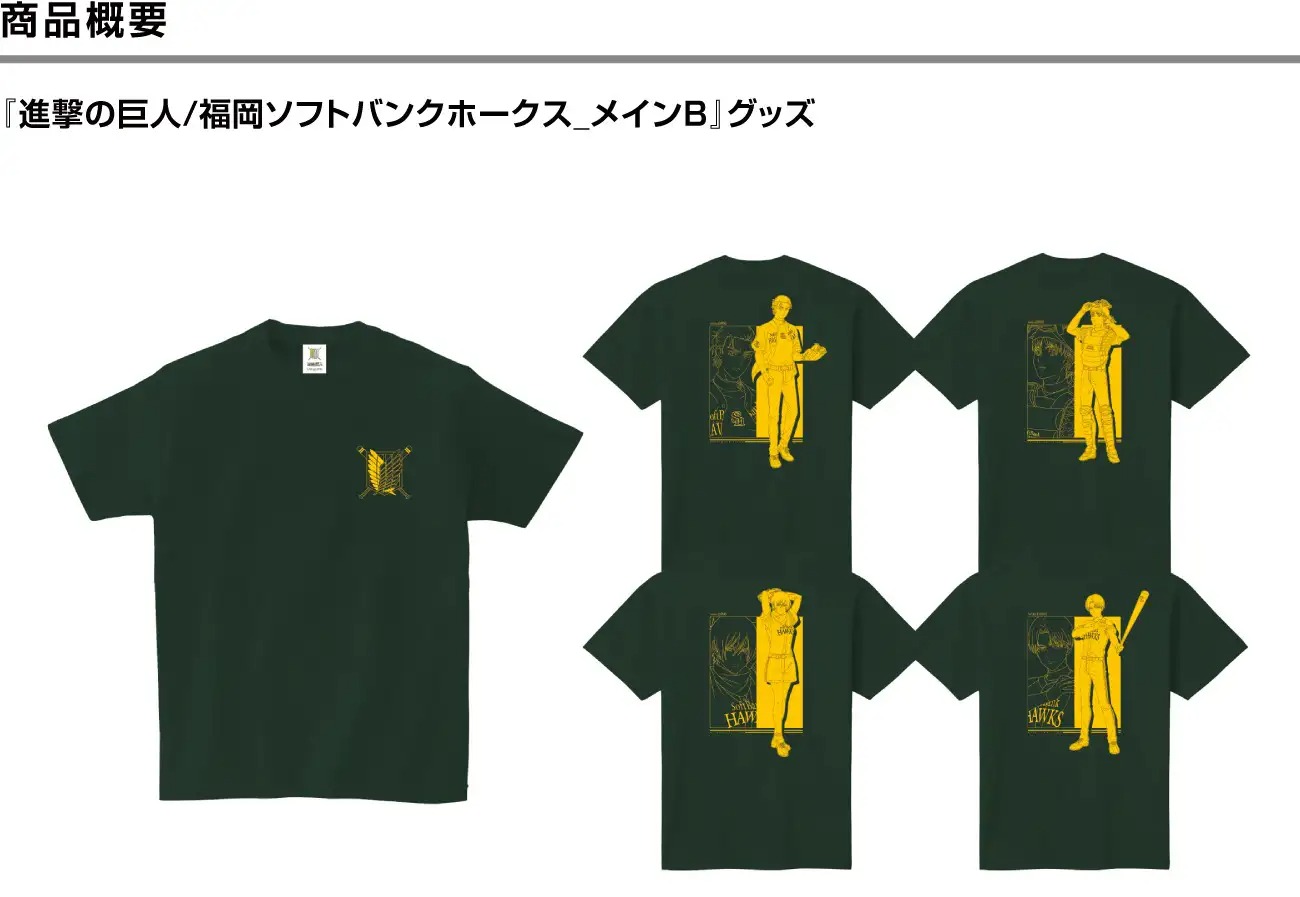 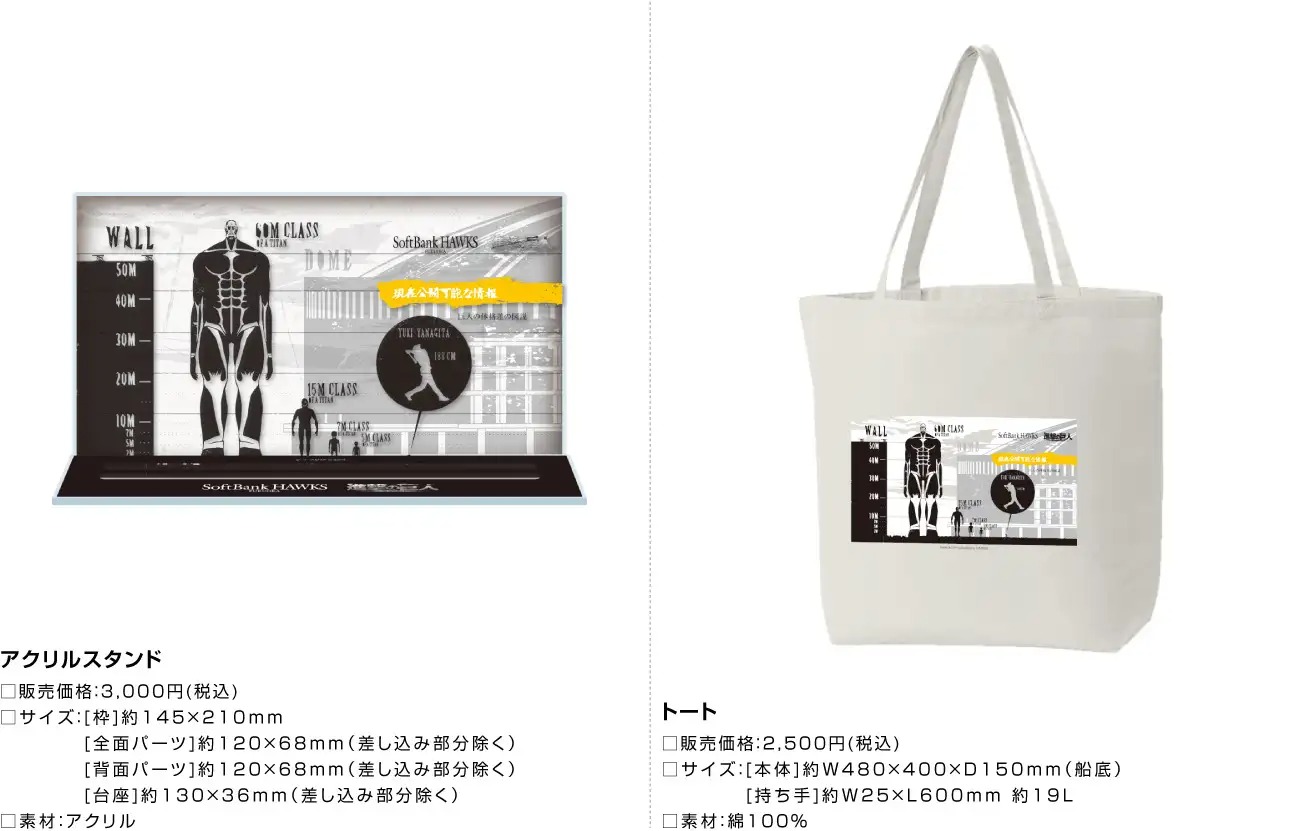 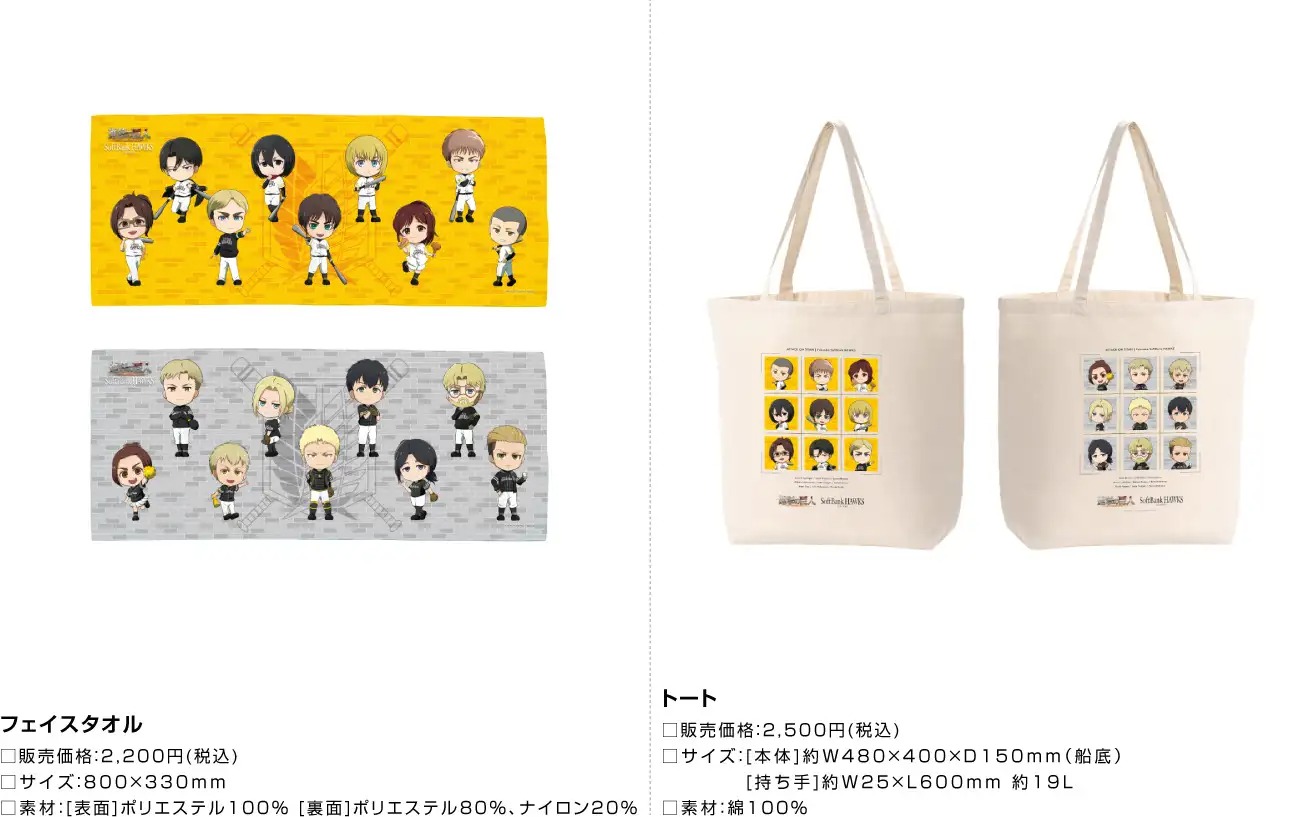