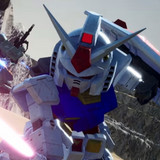 More Mobile Suit Gundam video game info is on the way later this month. Bandai Namco Entertainment announced plans for a special Gundam Game Fest livestream event, which is set to kick off on May 26 at 3:00pm Pacific Time on Bandai Namco’s YouTube and Twitch channels.

You can watch it as it all happens or check back here after to see what Bandai Namco has in store for the series.