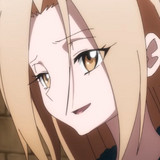 The new anime reboot of Hiroyuki Takei’s Shaman King may have concluded in Japan last month—and a sequel series is already in the works—but we still have unfinished business elsewhere. Netflix finally announced a premiere date for the fourth batch of episodes, which will have everyone preparing for the final battle starting on May 26.

Check out the teaser for what Netflix is calling Season 1 Part 4:

Based on the manga by Hiroyuki Takei, Shaman King is directed by Takeshi Furuta (VISUAL PRISON) at studio Bridge, with series composition by Shoji Yonemura (Parasyte -the maxim-) and character designs by Satohiko Sano (Welcome to Demon School! Iruma-kun), and is distributed internationally by Netflix.