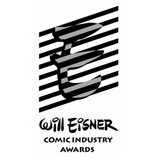 Comic-Con International, the parent organization behind San Diego Comic-Con has announced its list of nominations for this year’s edition of the Eisner Awards for recognition of outstanding contribution to the comics and graphic novel industry.

The nominee list features a substantial presence by VIZ Media and Seven Seas Entertainment having titles that are featured nominees in the categories of Best U.S. Edition of International Material—Asia, one nominee in Best Humor Publication and one nominee in the Best Writer category, with Kodansha being nominated in the Best Digital Comic category for one title, listed below:

Not All Robots, by Mark Russell and Mike Deodato Jr. (AWA Upshot)

The Scumbag, by Rick Remender and various (Image)

Will McPhail, In: A Graphic Novel (Mariner Books)

Everyone Is Tulip, by Dave Baker and Nicole Goux, everyoneistulip.com

Congratulations are in order to all of the nominees, the recognition is well-deserved.