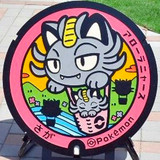 With Saga Prefecture currently only known for its zombie idols, the region has looked to branch out and find a more kid-friendly attraction. As part of the construction of the new Kusukaze Square redevelopment in Matsubara, Saga City, which opened on May 14, Pokémon and the Saga City Water and Sewerage Bureau unveiled new Pokémon manhole covers for the square – a first for the prefecture.

The manhole covers, which are dubbed “Pokéfuta”, all feature Meowth and its different regional forms on hot-air balloons. These visuals are both a reference to Saga’s popular hot-air balloon attractions and that Team Rocket in the Pokémon anime seems to have an endless supply of Meowth-shaped hot-air balloons. 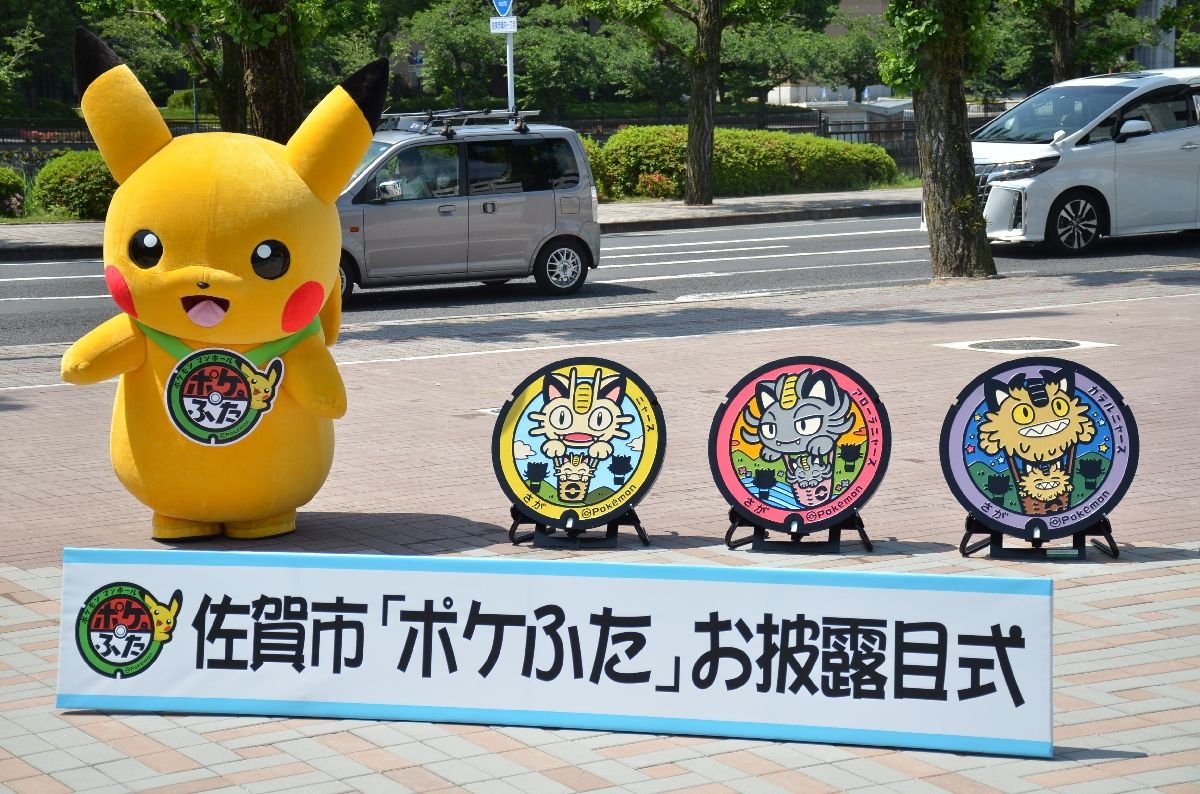 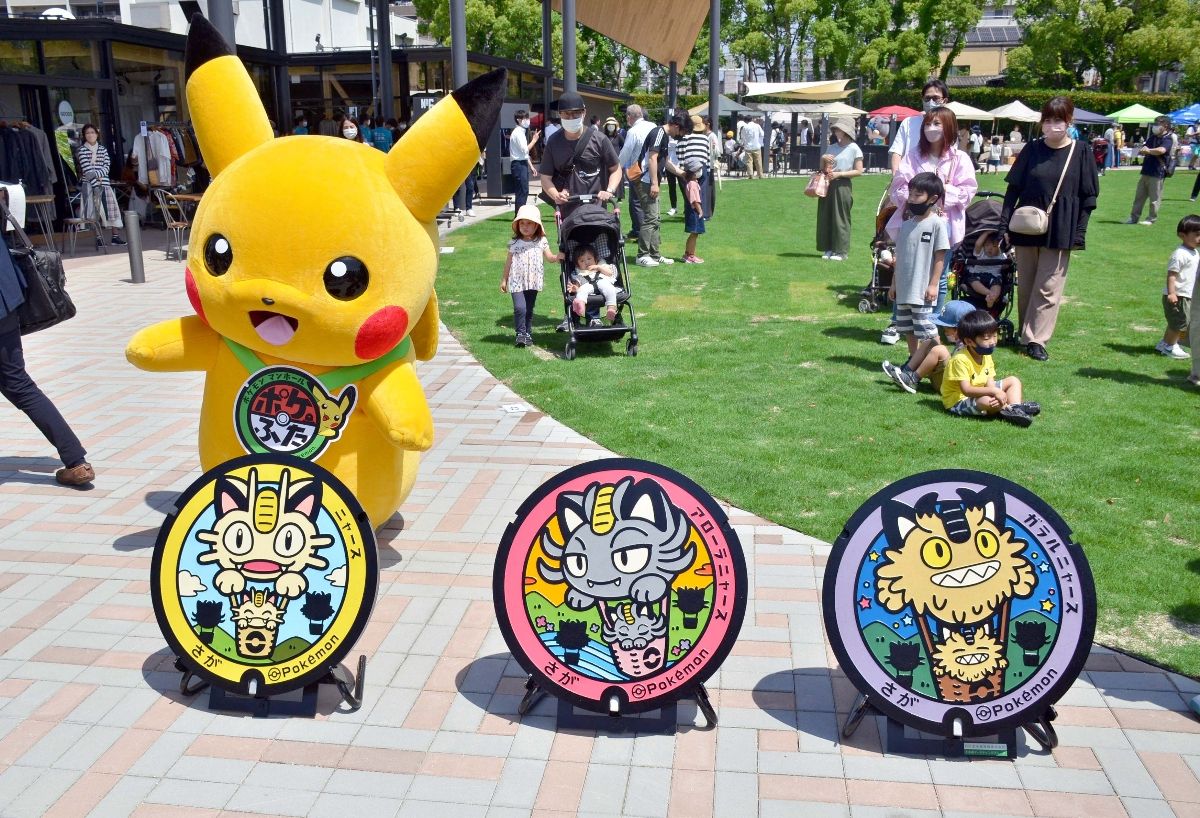