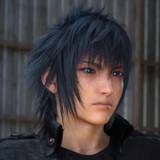 Square Enix has revealed that Final Fantasy XV has sold a total of 10 million copies globally. The game launched on PlayStation 4 and Xbox One back in 2016. It came to PC later in 2018 and Google Stadia in 2019.

The Japanese Twitter account for the game announced, “Final Fantasy XV has achieved cumulative worldwide sales of 10 million units! Thank you for your support!”

Square Enix is currently working on the next mainline entry in the fabled franchise, Final Fantasy XVI, and more information about the game should be revealed later this year.

Meanwhile, you can watch Final Fantasy XV: Episode Ardyn – Prologue here on Crunchyroll. The episode’s story takes place 2,000 years before the events of the main game.