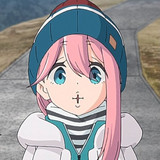 More details are on the way soon for the Laid-Back Camp series’ first mobile game, which was initially announced back in February. Pre-registration is set to kick off in early June, and the official accounts shared a new teaser to go along with the news.

Check out a quick peek at what looks to be a chill mobile adventure.

The Laid-Back Camp mobile game will be a free-to-play game on iOS and Android with optional in-game purchases. Stay tuned for more details when pre-registration begins in early June.

In the meantime, you can watch all of the Laid-Back Camp anime—based on the manga by Afro—that’s been released thus far on Crunchyroll, which describes the series like so: