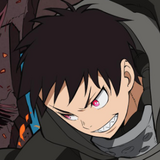 Fire Force is back, baby! The final volume of Atsushi Ohkubo’s hit manga goes on sale today, but the blaze will continue to rage on in a third anime season that was just confirmed by the anime’s official Twitter account.

Additional details about the sequel anime, such as the release date, are yet to be revealed.

And if that isn’t enough new Fire Force for you, a mobile game titled Fire Force: Enbu no Sho (“Flame Dance”) was also announced, which will feature a theme song by Mrs. Green Apple (Fire Force OP1) titled “Enen.”

Based on the manga by Atsushi Ohkubo, Fire Force was directed by Yuki Yase at studio David Production, with series composition by Yamato Haishima and character designs by Hideyuki Morioka; Tatsuma Minamikawa took over as director and series composer for the second season that aired in 2020.

If you’re a fan of hot-blooded shonen anime, check out the first two seasons of Fire Force, right here on Crunchyroll!

Tokyo is burning, and citizens are mysteriously suffering from spontaneous human combustion all throughout the city! Responsible for snuffing out this inferno is the Fire Force, and Shinra is ready to join their fight. Now, as part of Company 8, he’ll use his devil’s footprints to help keep the city from turning to ash! But his past and a burning secret behind the scenes could set everything ablaze.