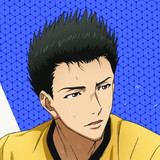 Aoashi, a currently broadcasting TV anime based on the soccer sports manga by Yugo Kobayashi, has revealed a “play visual” (below) of Haruhisa Kuribayashi (CV: Yūichirō Umehara), a newly introduced player described as a “genius midfielder” who plays soccer at a professional level even though he’s only 16 years of age. Kuribayashi is introduced in Episode 06: “First Fan”. 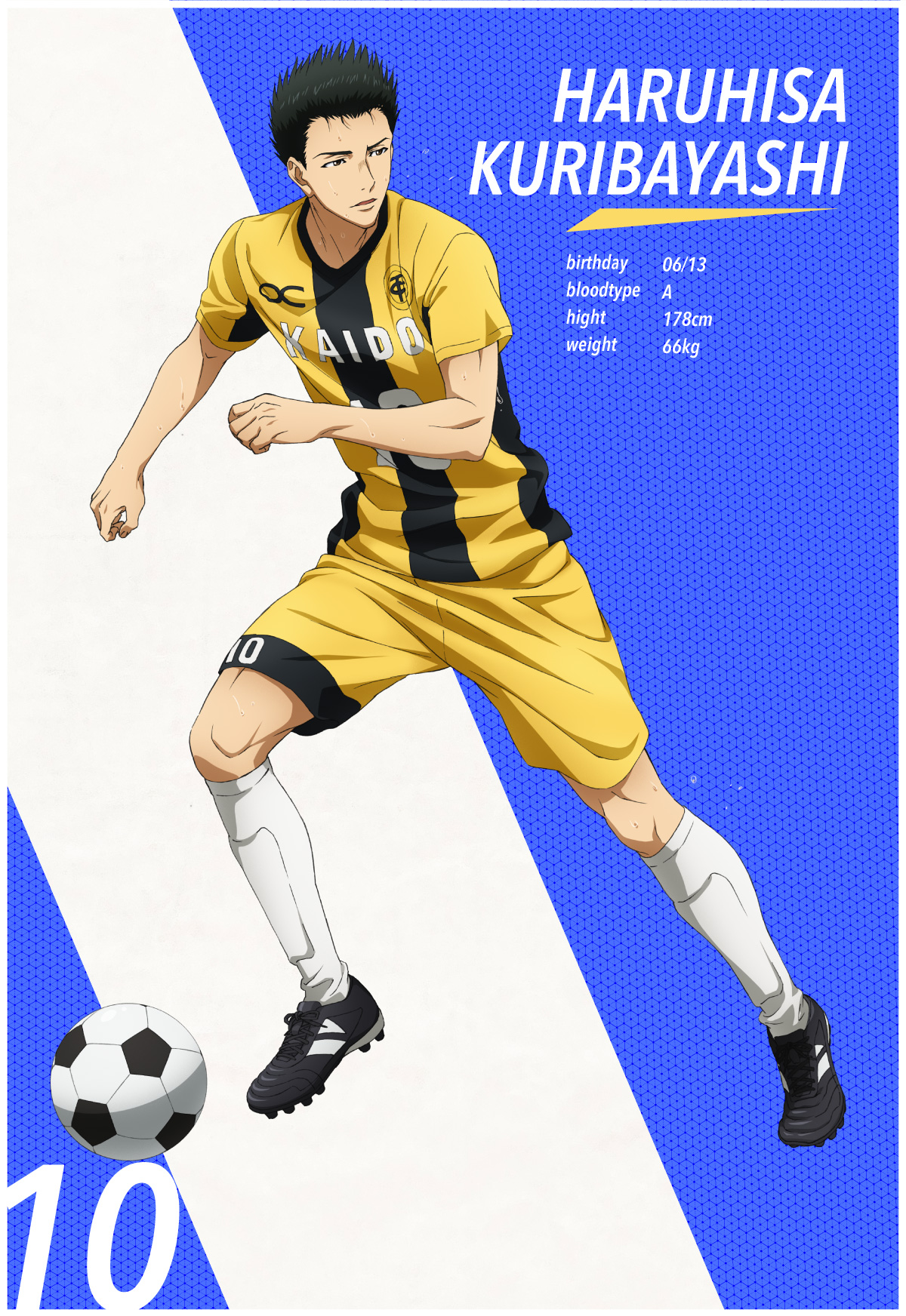 The original Aoashi manga is serialized by Shogakukan in their Weekly Big Comic Spirits seinen manga magazine, and an English language version is also available from Shogakukan Asia. Crunchyroll describes the story of Aoashi as follows:

“I’ll take you to the world.” Ashito Aoi is a middle schooler who lives in Ehime, and the ace of an unremarkable soccer club. The day that they lost the final tournament of middle school, Ashito ran along the ocean in frustration, before running into a man who had been watching his game. That man is Tatsuya Fukuda, the coach of the high-school-aged Youth team of a leading J-League team, “Tokyo City Esperion FC.” After sensing immense potential in Ashito’s still-unrefined skills, he describes his ambition. “I want to build a team, and use it to take over the world. Our club isn’t going to be a milestone for players who take on the world. Our club is going to be the world. And to make this happen, I’m going to need some ‘aces’ to train.” After hearing Fukuda’s offer, Ashito decides to head to Tokyo and try out for his team── Aoashi is considered the cutting edge of soccer manga, and now it’s finally getting a TV anime adaptation! Loss, growth, and friendship: everything in youth is here!

The Aoashi TV anime is directed by Akira Sato and features animation production by Production I.G. The series is currently broadcasting in Japan and is also available via streaming on Crunchyroll as part of the spring 2022 anime simulcast lineup.