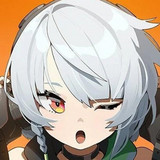 Fill out the survey for a chance at the valuable test qualification!

Zenless Zone Zero takes place in a post-apocalyptic city, New Eridu, which is the last shelter for civilization following a supernatural disaster known as the “Hollows.” Players assume the role of a “Proxy” and fight creatures called “Ethereals.” Proxies are special professionals who help guide people who explore the Hollows in order to extract resources.

The game itself will feature action-oriented gameplay and quick-time event combos. A release date has not been revealed yet, but players can register for the upcoming initial closed beta test through the official website.