Atlus and Vanillaware are getting ready to deliver a bonus to folks who have 13 Sentinels: Aegis Rim on PlayStation 4. A free update is on the way to add in some of the extras that were introduced with the Nintendo Switch version, including English voice-overs and two weapons.

The additional weapons bring the total up to 26 that can be used for each protagonist during the game’s Destruction mode battles. The free update is set to go live in Japan on August 4. 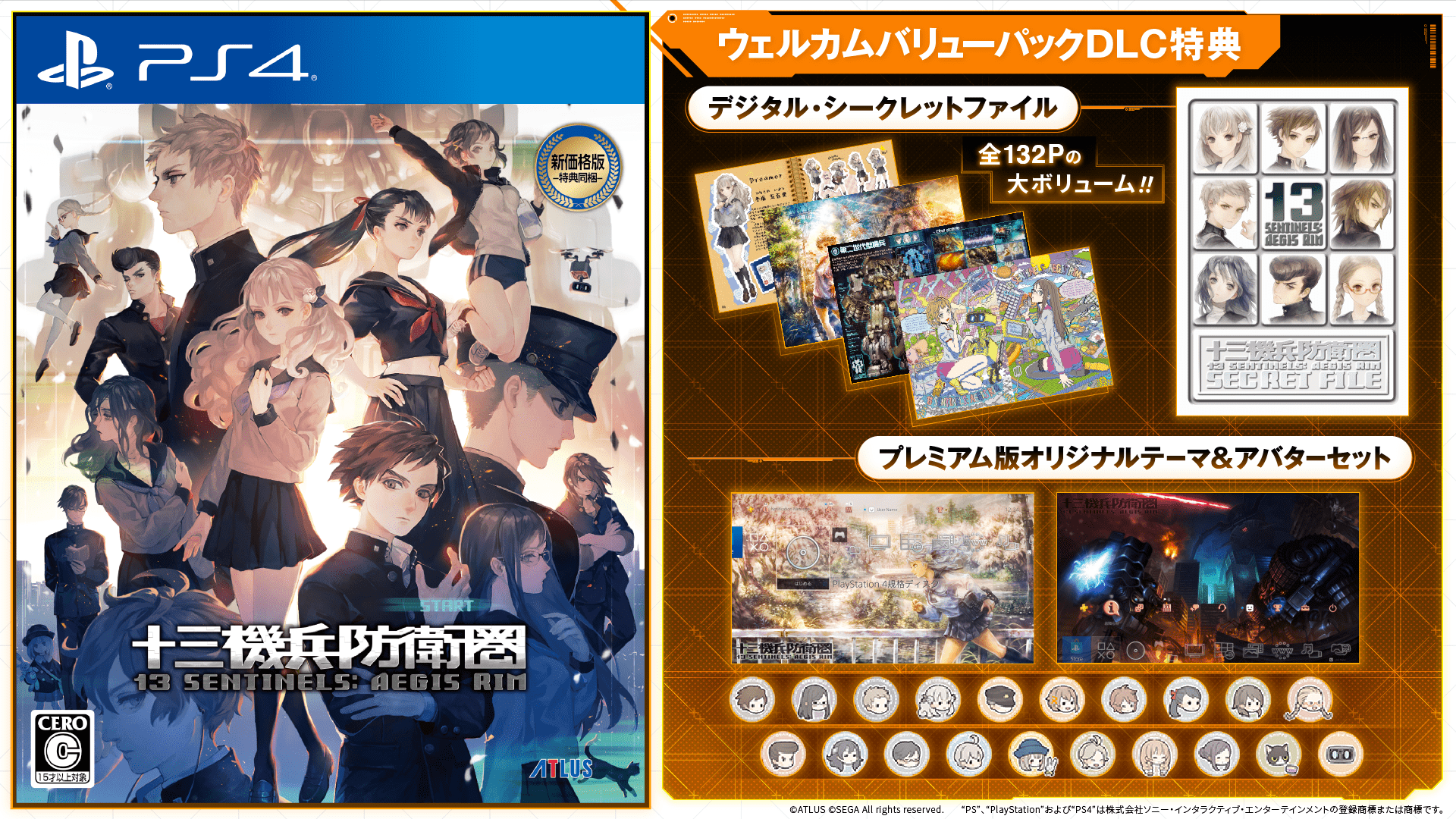 On the same day, Atlus plans to launch a Welcome Value Pack version of the PlayStation 4 game, adding in the Digital Secret File and Premium Version Original Theme & Avatar Set DLC to the base game for ¥7,678 (about US$60). This version will replace the current Premium Edition and Premium Edition Upgrade releases.