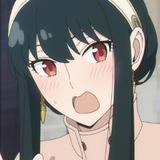 In the lead-up to Mother’s Day yesterday, Japanese e-book store BookLive revealed the results of its “Most Desirable Mother/Wife” character ranking, which polled 5,130 manga readers in Japan. The poll received both classic and contemporary answers, and the top five that were revealed were as such:

Participants’ reasoning for answers varied, ranging from which mother/wife character would be the most kind and protective to who they most wanted to have relations with.

RELATED: FEATURE: Celebrate Mother’s Day With 9 Of The Greatest Moms In Anime!

BookLive also polled which manga the participants would recommend to mothers worldwide, only revealing the top three: