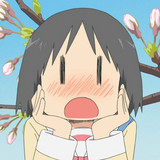 The surreal comedy of Nichijou – My Ordinary Life lends itself to many wonderous collaboration opportunities and a collaboration cafe with Keiichi Arawi’s manga seems like the safest choice, right? Yesterday, Tree Village Cafe announced that they will be bringing a Nichijou cafe and goods store to the bottom of Tokyo Skytree, with food that includes Professor’s Omurice, Mio’s YAKISOBADAYO!, and Sakamoto – yes, you can eat Sakamoto (though he’s a burger, no cats are used in the making of the dish).

Check out the full range of Nichijou goods and foods at the Nichijou in Tree Village Cafe, including a newly drawn visual: 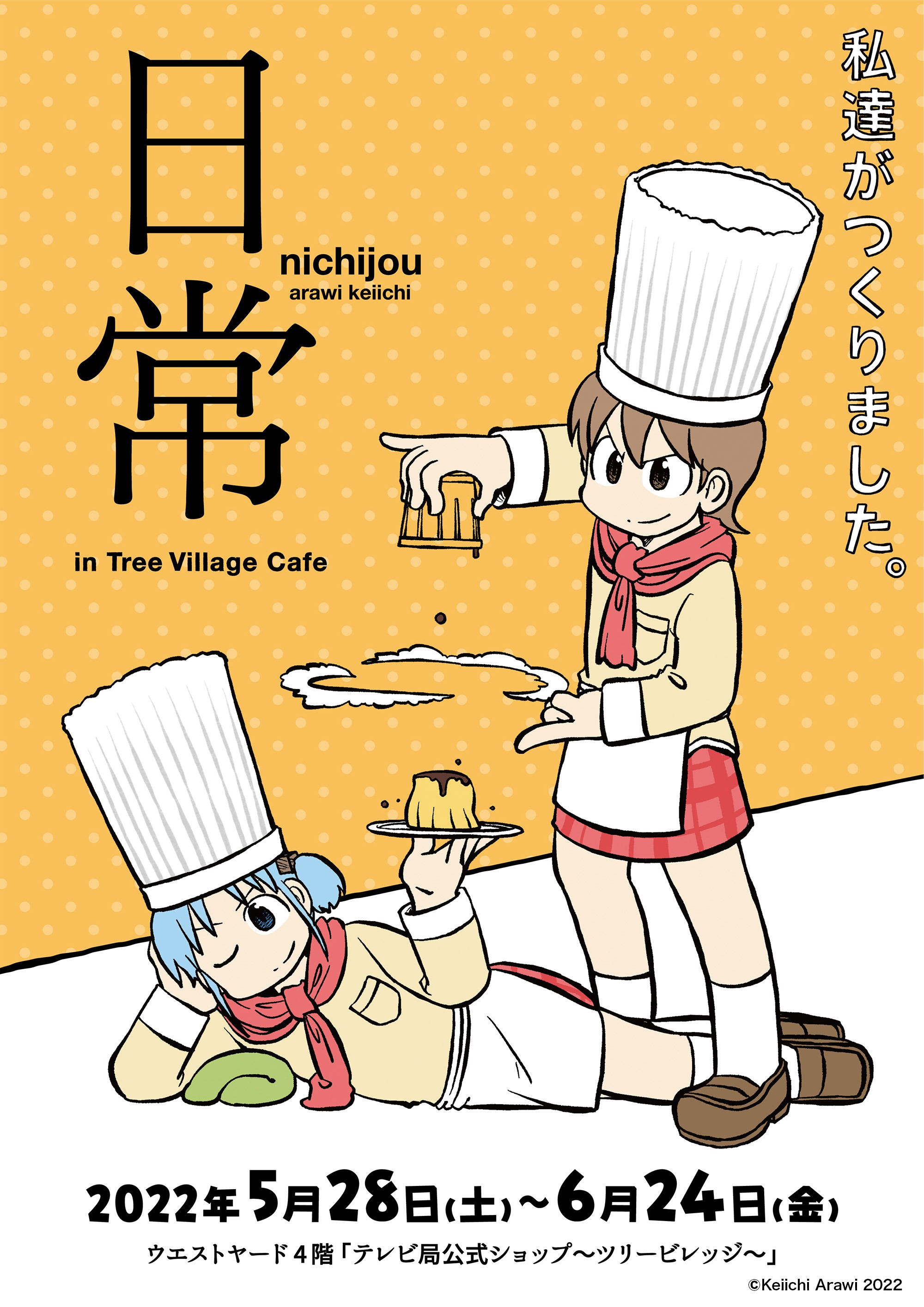 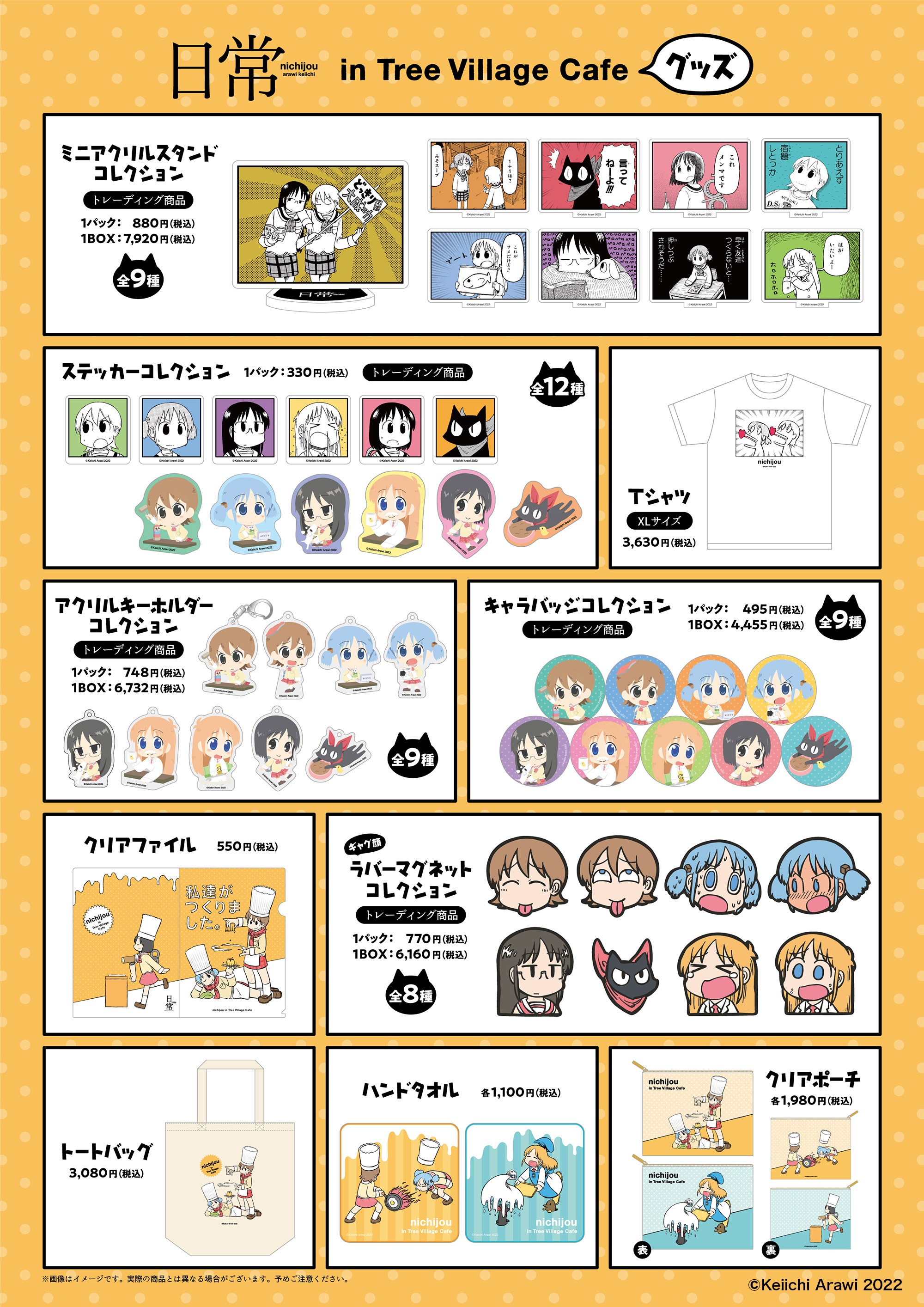 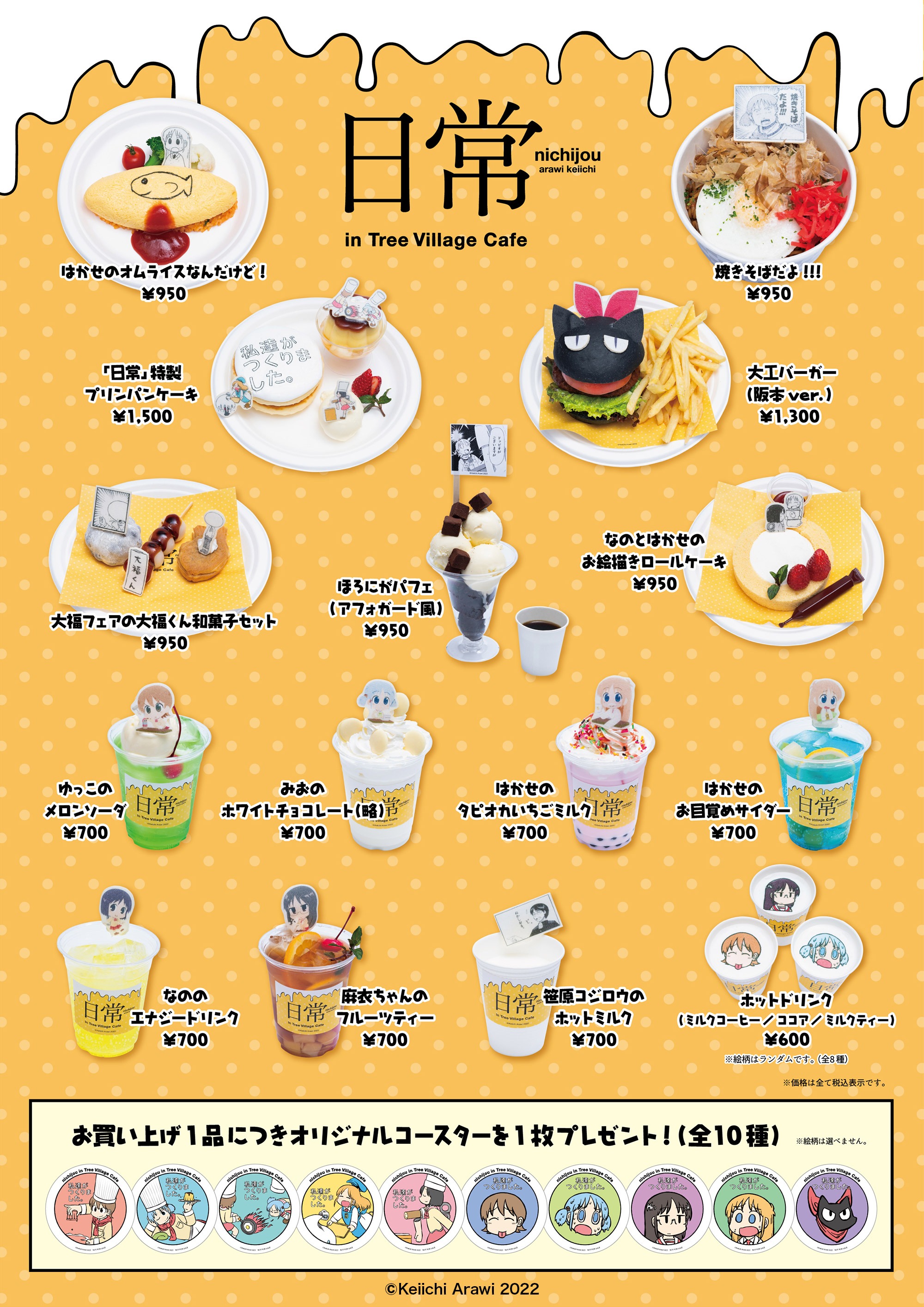 Nichijou in Tree Village Cafe will start serving up its dishes on May 28 and run until June 26. Those who spend over 3,300 yen at the store will get one of four new illustrations on postcards, with the first two mostly normal available from May 28 and the second very Nichijou-like ones available from June 11. 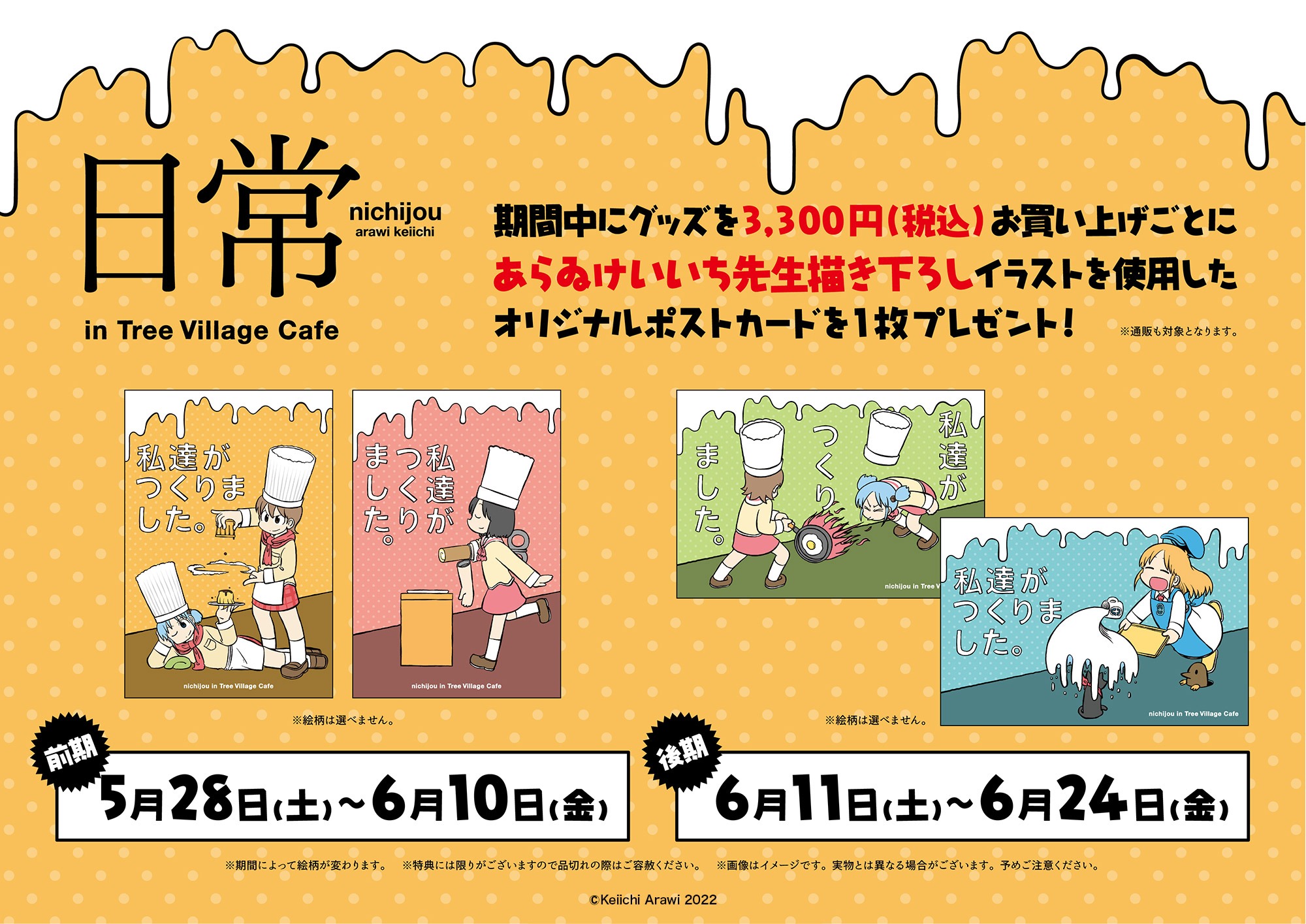 Nichijou began in December 2006 in the pages of Monthly Shonen Ace and was collected into 10 volumes. Vertical released the series into English with all the volumes currently available. The manga inspired a TV anime series from Kyoto Animation with Tatsuya Ishihara (Miss Kobayashi’s Dragon Maid S) directing that was critically acclaimed for its animation and humor. The anime is described as such:

Follow the adventures of three ordinary girls as they learn their most important lessons the hard way. Meanwhile, a pocket-sized professor makes life difficult for a robot who just wants to be normal. But normal is the last thing you can expect in a town where salmon falls from the sky. In fact, the only thing you can count on is your friends, but even they are totally weird.